One of the complexes, Basford Hall, was being completely redeveloped as part of a £27m project to provide a state of the art teaching facility.

Family owned construction group, Bowmer & Kirkland were appointed as the main contractor for the project and Tecserv was approached by sub-contractors Derry Building Services to design and install the fire alarm, intruder alarm, CCTV surveillance and door access control systems, as well as a disabled refuse and WC alarm to comply with the Disability Discrimination Act 20015 (DDA).

With such a broad spectrum of visitors ranging from students, lecturers, contractors, general visitors, suppliers as well as parents and children, NCN is a busy complex with many diverse considerations when fire safety and security risk is being assessed. It is anticipated that over 4500 students and 450 apprentices will enrol for courses at the new site and it was important that their safety is protected from fire and access to the buildings and areas within it would be securely monitored and controlled. The complex also included a children’s nursery so surveillance and access control in these areas would be of paramount importance.

Tecserv were presented with a 200-page technical document outlining the build specifications for the NCN Basford Hall Site. Tecserv extracted the details relating to the fire and security system requirements from the brief, and proposed the appropriate fire and security systems to meet these requirements while ensuring some of the new system were compatible with existing systems and processes already established on other NCN campuses.

Tecserv supplied an analogue addressable fire detection and alarm system manufactured by Gent by Honeywell. The system was classified as an L1 system and was compliant with BS5839:1 2013. The installation included two Vigilon networked control panels mounted at entrance points.

The fire alarm system was connected to an alarm receiving centre (ARC) and configured as a single stage evacuation system. This meant that should a single fire signal be received from either an automatic or a manual device then all the outputs, audible and visual alarms will activate causing all the interfaced systems to shut-down and security systems to open, ensuring the site is evacuated and the fire brigade called.

Visual alarm devices (VADs) were also provided to supplement audible alarm signals in areas of the building where it was likely that a person with hearing impairment may be alone and not be aware of the alarm by other means. VADs were also installed in other areas with a high ambient noise level such as workshops, the children’s nursery, plant rooms and within all toilet facilities, changing rooms and showers.

The CCTV surveillance equipment consisted of internal fixed and advanced 360° panoramic cameras and external building and column mounted fully functional surveillance cameras. The day to day control and monitoring of the system is possible using PC based work stations programmed to provide images and recordings that detect and track movement. All images are high quality and capable of being used by police to prosecute any persons involved in illegal activities within the monitored areas.

A grade 3 Galaxy intruder alarm system was installed throughout providing an initial and confirmed signal to the central monitoring station and equipment comprised a Galaxy Dimension control panel along with remote prox-key pads and panic buttons.  Manufactured by Honeywell, this configuration enabled the control of access of students and visitors on a floor by floor basis, as well limited access to the children’s nursery and other specified areas.

A Salto access control system was provided to control and monitor the access to various parts of the building and the car parks, this was integrated into the colleges existing enrolment system to reduce the administration associated with the annual turnover of students.

The new Basford Hall complex is equipped with fire protection, security, CCTV and access control equipment that will protect people processes and property from fire and unauthorised access.

Although this is still a massive project, Tecserv’s consultative approach has helped us manage the upgrade of the radio fire alarm system in a way that is safer and much more convenient. We are delighted with how Tecserv is managing the project and furthermore that we can continue to use them as our single contractor for the ongoing maintenance of existing and new systems. 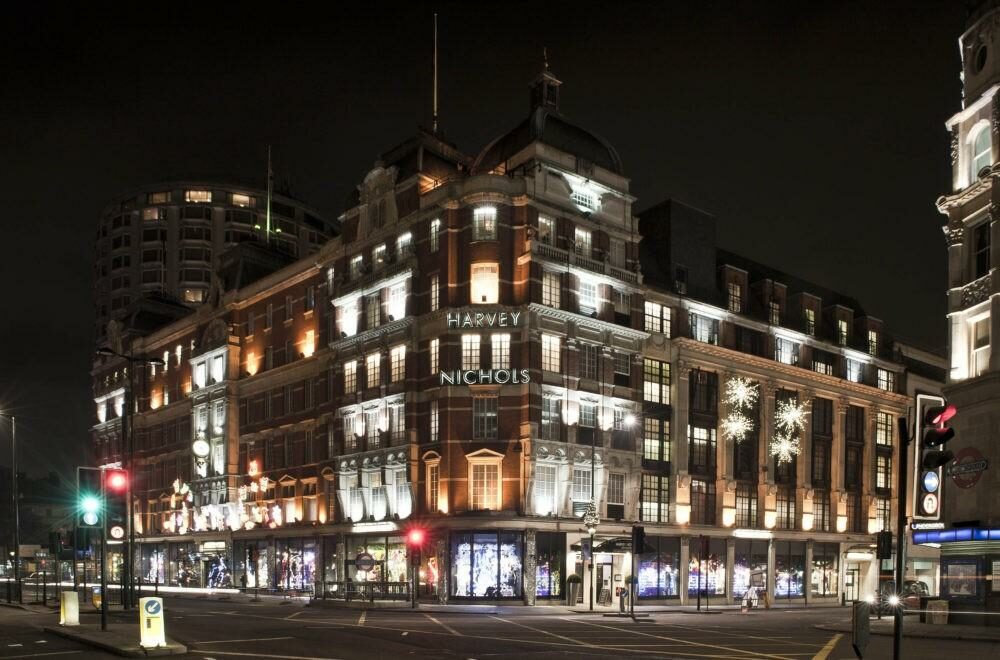