Home » Blog » The dangers of fire: how fast does fire spread in a building?

The dangers of fire: how fast does fire spread in a building? 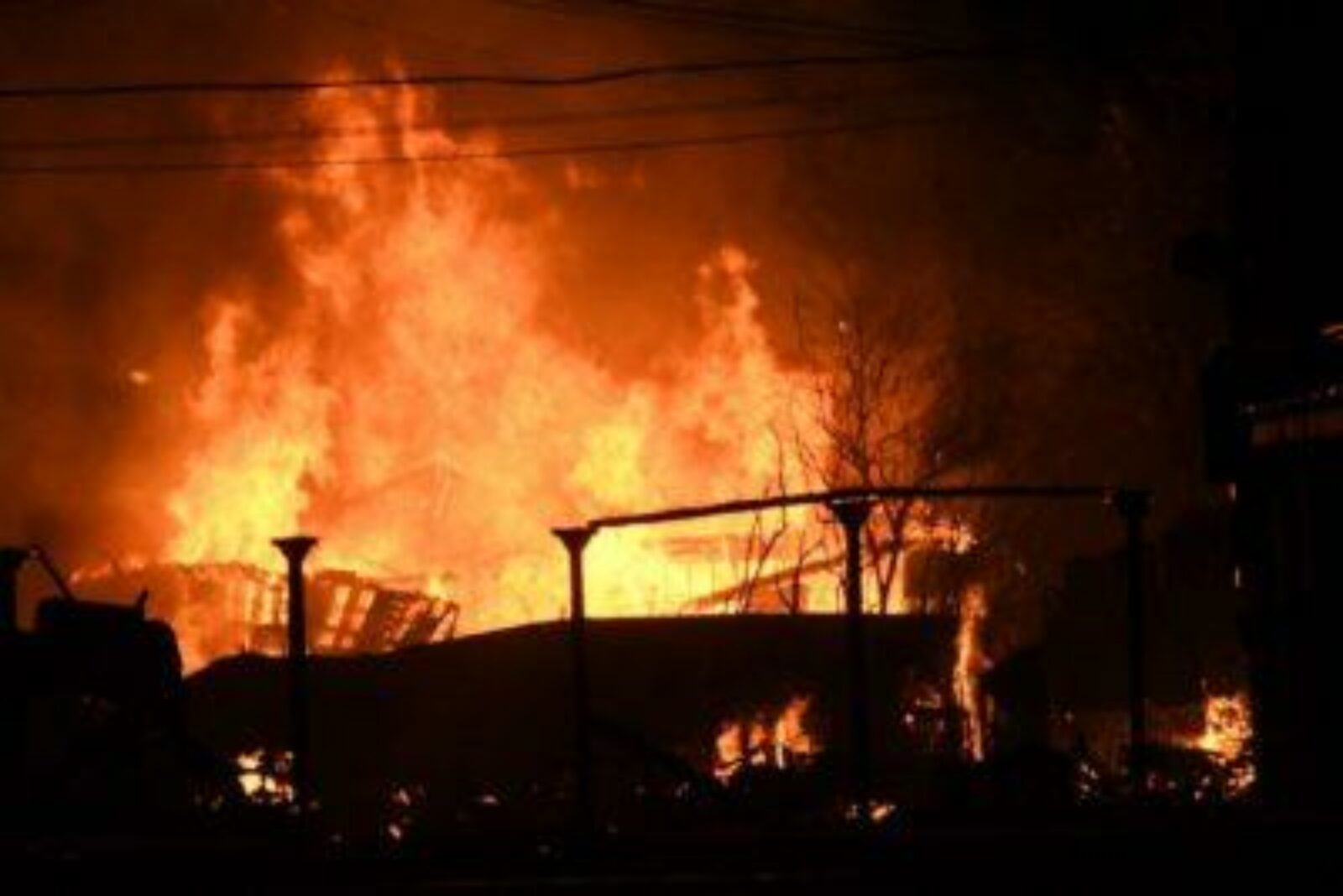 The rate at which a fire can spread in a building will directly influence the risk to life and the amount of damage that can be done at the point of origin and to the surrounding environments. There are many factors that will contribute to the abilty for a fire to spread, the primary reasons are as follows:

The initial combustion of a fire will be an influential factor on how quickly it can spread. For example, a fire caused by the build of gas or chemical vapours which is then somehow ignited will cause an explosion of some magnitude, which means the fire has the immediate potential to span out across a wide area if containment measures have not been put in place.

By contrast, a fire which has ignited due to a faulty electrical appliance or from a carelessly disgarded cigarette or match that sets fire to a waste paper basket is likely to smoulder for a few moments and emit smoke and heat which should trigger fire detection devices and hopefully enable the fire to be extinguished before too much damage can be caused.

The three main combustion types are:

The next factor that contributes to how far and how quickly a fire can spread is fuel source. The fire triangle represents the three elements that a fire has to have to remain ignited, namely:

The above three elements must be combined in the right proportions for a fire to occur, so if oxygen, heat or fuel can be removed, the fire will be extinguished or eventually smoulder out.

During the design of new buildings and any subsequent refurbishments or extensions, UK fire regulations require that builders, architects and designers ensure the layout and materials used during construction will help to prevent the rapid spread of fire. This will include the avoidance of concealed areas, particularly in roof spaces that will allow fire and smoke to spread. These are called ‘voids’.

Voids are a particular peril in heritage buildings as these properties were often constructed before building regulations became a legal requirement. Whilst every effort is made to ensure they comply with modern fire regulation standards, sometimes hidden voids are ony discovered when a fire breaks out, as was the case at The Royal Clarence Hotel in Bath.

Fire is a force of nature, and can also be impacted by weather. Elements such as wind, rain and the sun all have the ability to affect the rate at which a fire will continue and spread.

One of the reasons a fire risk assessment is a vital component of fire safety management is that it will determine the category of firm alarm required in a commercial building and recommend any additional fire safety equipment that will slow down the spread of fire such a fire doors, fire extinguishers, fire blankets, water sprinklers and other specialist fire suppression systems.

Depending on the use of the building other regulations may need to be considere such as the ATEX directive which is applicable to buildings storing solvents and chemicals. Areas with large open spaces such as warehouses will also require specialist systems such as an open area smoke imaging detection system (OSID), and IT server rooms are also often installed with gaseous fire suppression systems or the Blazecut Fire Suppression System.

However, designing buildings to meet fire safety regulations and installating fire alarm systems and equipment are only part of the wide ranging requirements of a fully robust fire prevention strategy.

It is also a legal requirement to ensure the systems are maintained by competent individuals such as a company approved by BAFE and that records of these inspections are accurately kept. This, as well as ensuring all staff are given appropriate fire safety training are part of the role of the Responsible Individual(s).

There are many reasons why businesses should ensure there fire alarm is well maintained as we explain in our article “why maintain a commercial alarm system.”

The optimum fire prevention strategy comprises a combination of having well maintained fire alarm systems, additional fire safety equipment and fire detection devices located in the right places, and a regular programme of practiced fire alarm drills education and training for all staff and visitors to ensure they know what to do they discover a fire.

Finally, the speed at which the early signals of a fire can be detected accurately will also help to prevent the spread of fire. Ensuring staff are trained to implement your fire safety and evacuation procedures will ensure they can reach safety quickly.

Choosing the right type of fire alarm for your commercial building and ensuring it is maintained will also ensure you revent you from having too many false or unwanted fire alarm activations, which could then impact the speed of response from the fire and emergency services.

There are many instances of high profile fires that we can all take lessons from in order to take action to prevent fire and understand how quickly a fire can spread.

In the UK, according to the fire statistics tables produced by the Incident Recording System[1] (IRS) and reported on the www.gov.uk website, there were 11,427[2]  primary fires attended by fire and rescue services within commercial buildings between June 2018 and 2019.

If you would like to learn more about how Tecserv UK can help to protec your commercial buildings from fire please get in touch. 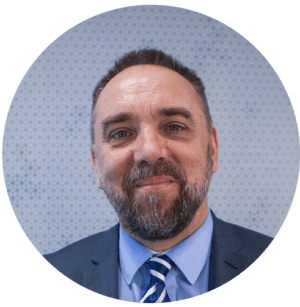 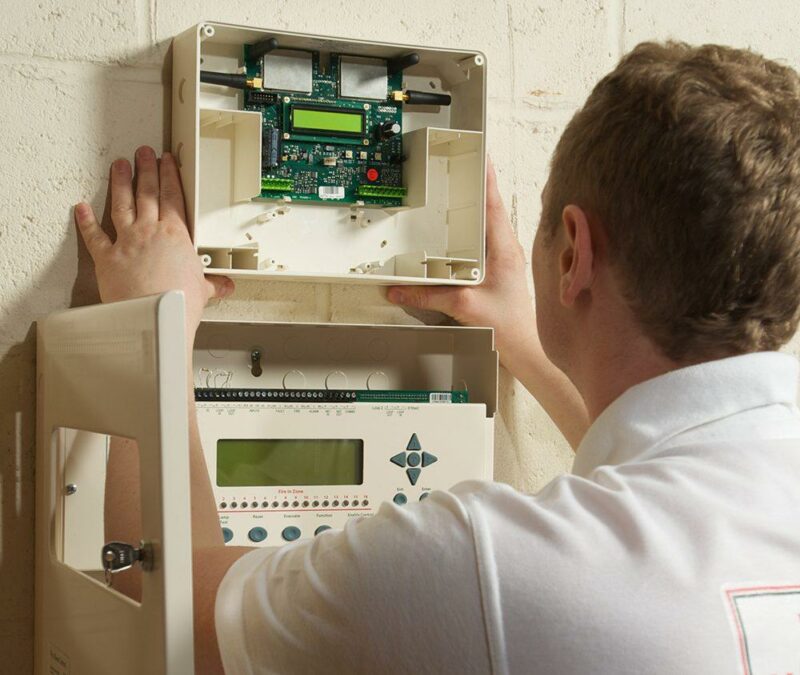 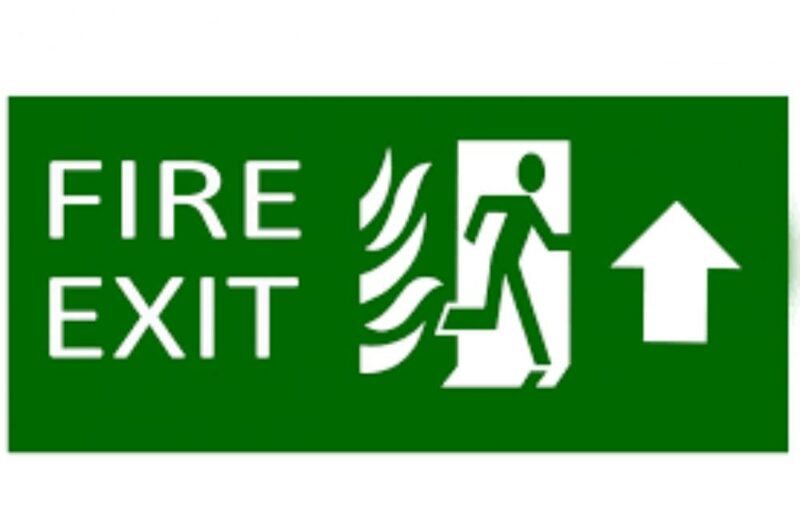