A Basic Guide to Fire Alarms and Fire Alarm Installations

Tecserv  UK is a specialist fire alarm and security system installation company.  It’s part of our role to be at the forefront of knowledge. However, we also recognise that sometimes people that are new to the industry or to the role of ‘The responsible Individual” appreciate simple guides and explanations. That’s why we have produced this basic guide to fire alarms and fire alarm installation. It’s a simple but basic explanation of the key terms.

What Types of Fire Alarm Systems are there?

The following are the main types of fire alarm.

In a non-addressable system the input devices work like a switch. When they are activated they ‘Turn On’ the panel, which in turn will ‘Turn On’ the bells or sounders. The input devices in a particular area are connected to one circuit, called a zone, so that an indicator on the control panel will light to show which zone has been activated. The sounders are usually wired on separate sounder circuits. Non-addressable Systems are particularly effective in smaller premises such as offices and shops. A newer type has the sounders on the zone circuits. These are referred to as ‘Two Wire’ systems. Two wire systems are particularly useful] where there are a lot of devices close together such as a house or small hotel.

In an analogue Addressable Systems all the devices are wired on ring circuits called ‘loops’. 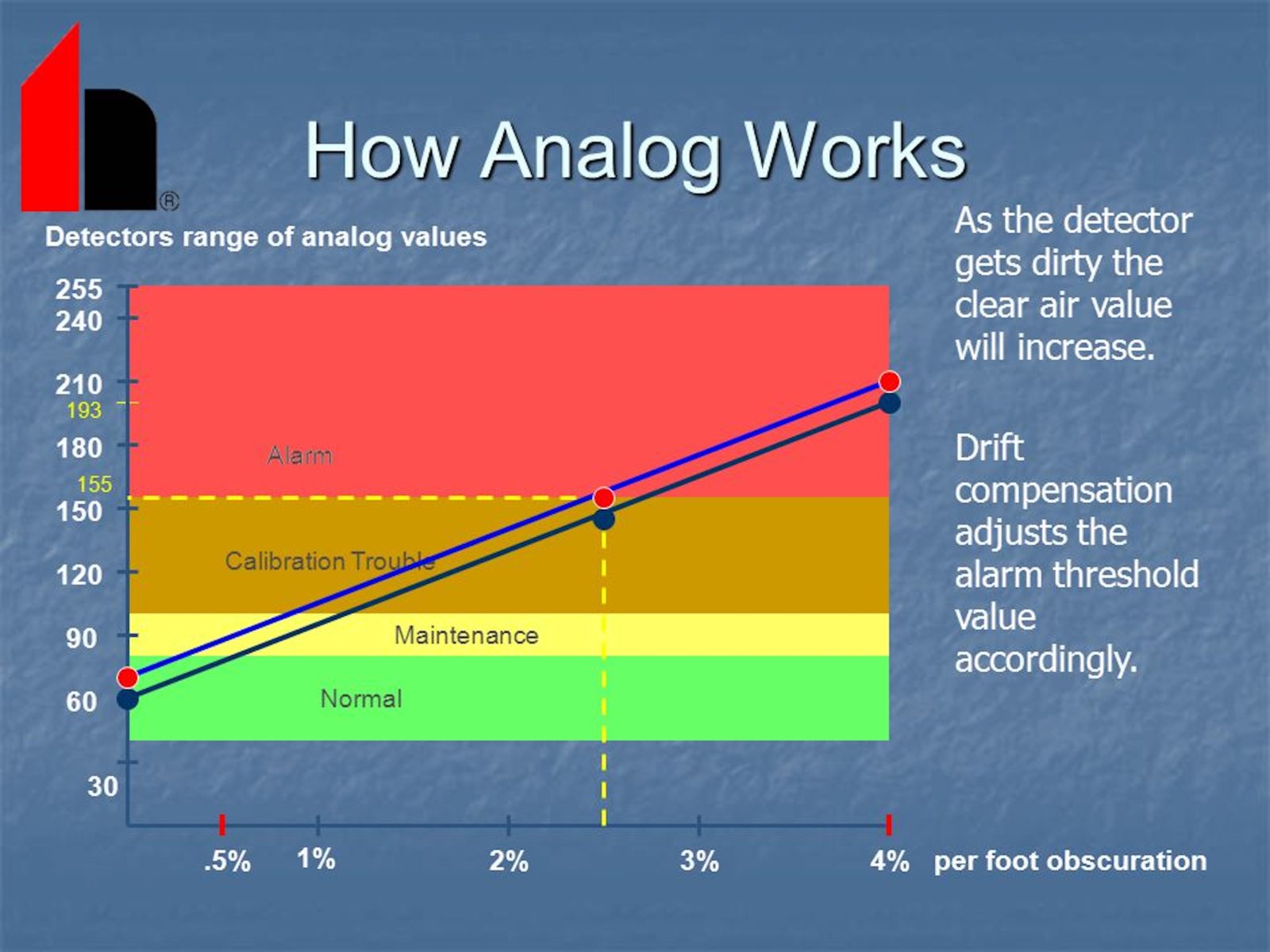 Fire Alarm Systems that use radio are like analogue systems without the wiring (all devices are battery powered).

Some analogue systems can have radio extensions for those hard to get at places, these systems can be installed as all radio, all hardwired or a combination of both.

The decision of whether a fire alarm system is required and the type of category must be stated and forms part of the Fire Risk Assessment.

There are different categories of protection within BS 5839-1:2017.

For a more in-depth glossary of fire, intruder and CCTV terms please visit our glossary page.

Fire safety is an incredibly important aspect of any business. Protect yours by downloading our free Fire Safety assessment guide.

It’s a handy checklist to review whether your current processes are legally compliant and protecting your people and property.