A Leicester schools project for which Tecserv UK has supplied, installed and commissioned fire and security alarms systems has won an award at the East Midlands Celebrating Construction awards.

Offsite and modular pioneer Portakabin has won Offsite Project of the Year for the Leicester Secondary Schools project, which is its largest ever multi-site education project consisting of 7,100m2 of space in seven weeks across six sites.

The award ceremony, which took place on Friday 11 May at the Nottingham Belfry, rewarded the very best in the Midlands built environment. 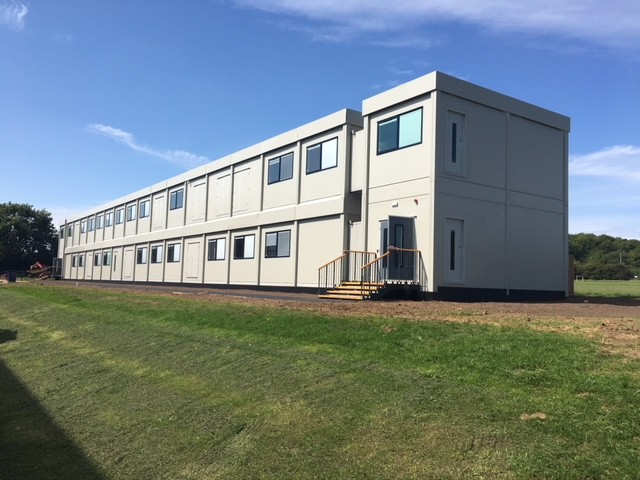 Portakabin was awarded the title of Offsite Project of the Year after being one of four construction companies on the shortlist.

Robert Snook, Director and General Manager, Hire England and Wales, Portakabin said, “The Leicester Secondary Schools projects is testament to our unmatchable quality of build and on time on budget track record. Designing, constructing and fitting out buildings of these sizes, on six different sites, in just twelve weeks would not have been possible with traditional construction methods. Being awarded Offsite Project of the Year demonstrates how only Portakabin could have delivered this project on time and under budget.”

The judging panel commented, “Delivering 7,100m2 of interim school buildings in seven weeks across six sites is a monumental achievement.  An offsite and modular approach was the only solution for a project of this scale in such a short construction period and Portakabin rose to the challenge of delivering this. Great work by the whole project team.”

As winner of the East Midlands Award, the Portakabin entry for the Leicester Schools project will now go forward to the National Constructing Excellence Awards