A recent news article about a landlord who was fined £165,000 after he failed a fire safety inspection due to a number of major factors has highlighted the need for property developers, landlords and letting agents to become more aware of the fire safety equipment that must be installed and the fire safety legislation and that must be adhered to when converting or letting large domestic houses on a high multiple occupancy basis.

The case in question concerns a grade II listed building in Kensington, London. Inspectors found that the house had been sub-divided into separate flats and deemed it unsafe as it had no fire alarms, fire doors, or smoke detectors. The flats were overcrowded and some flats even lacked appropriate electrical fittings such that supply was provided by extension leads and wires trailing through the property.

In determining the fine, the court cited that there was overriding evidence of a substantial disregard of the landlords obligation to protect the tenants whilst living at the property.

In another case, a landlord was fined £7,500 for cramming six families into a semi-detached property with no smoke alarms at all!

Similarly, a lettings agency has been fined £100,000 for breaches of fire safety laws which related to their failure to regularly inspect the operation of fire safety equipment within the properties they managed.

Tecserv advise a number reputable property management companies on their fire safety obligations, particularly when they have purchased a large building that they plan to convert in to separate flats or accommodation units. 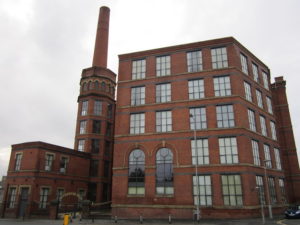