Grahame Tilley, the CEO of fire and security solutions specialists Tecserv was back in action in the Ginetta G4 Supercup at Oulton Park last weekend, adding another podium finish to keep his season title hopes alive.

Pre race preparations did not go as planned when the car had a problem with the differential overheating. This was changed for qualifying and Grahame qualified in pole position for his class, pipping current Championship class leader Colin White by 0.084 secs.

He finished second in the first race earning a podium position but had to endure disappointment on the second day of racing when his car twitched at Old Hall Corner. He lost control and skidded on to the grass damaging the car and was unable to finish.

Despite this, Grahame still holds second in class in the Championship standings with another five races to go – just 77 points behind Colin White. 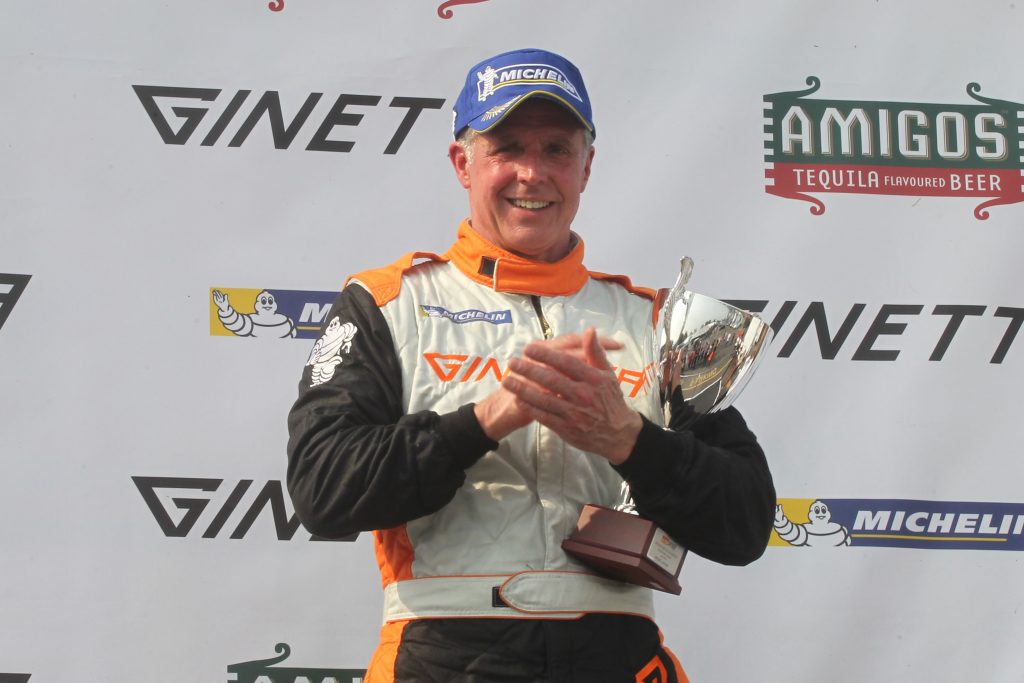