Fire and security solutions provider Tecserv UK Limited is delighted to announce that our CEO, Graham Tilley has achieved a podium position in his debut appearance in the 2016 season of the Ginetta Super Cup held at Brand Hatch.

Grahame has been racing cars since  he was 18 and this is his debut season racing in the Ginetta Super Cup series, which, as the official support programme to the British Touring Car Championships, are held on the same day and attract large crowds and TV coverage. 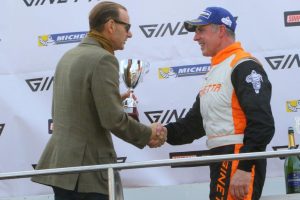